Whether you need asphalt paving, concrete work, resurfacing, seal coating, pavement marking, ADA compliant work, repair or snow removal, you can count on Larsco for all your parking lot needs. 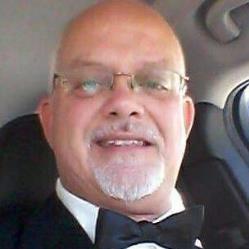 I graduated from the University of Akron in 1984 with a BS in civil engineering, and have been a registered professional engineer in the State of Ohio since 1988.
My career began in 1985 with the ODOT as a highway design engineer, ultimately having the title of District Design Engineer.
I have also worked for a private engineering firm and County government. In 2008, I changed from being a designer to a contractor, by doing construction estimating for a local paving contractor.
In 2014, I met my then boss, and now business partner, Larry Weitzell, who owned a successful paving company. After two years of being Larry’s estimator, Larry and Scott decided to start Larsco Construction (“LAR” for Larry, “SCO” for Scott) in August of 2016.
I manage the day-to-day business of the office, including estimates, invoicing, purchases, and meeting with contractors and customers.